Foxline by Chris Mansell, Flying Island Books 2020, was launched by Jean Kent at The Shop Gallery, Glebe on 21st February 2021.

I am honoured to be here today to launch Foxline, this new Flying Island book by Chris Mansell.  When I first started reading Chris’s poems – and when I met Chris, not long after that – I was living just down the road from here, in Annandale. So there is a very gratifying sense of historical reconnection in being back in Glebe today – a place I thought of then as quite exotic, because it was such a great haunt of poets.

Sometime in the late 1970s, or perhaps early 1980s, I went to a poetry reading in Sydney, where Chris Mansell was one of the featured readers.  It was a high-class event at the University of Sydney, not a little pub get-together where anyone could stand up for the Open Mic, and Chris was definitely one of the stars.

She read then (as she always does) with great charisma and apparent confidence.  Listening to her was like being at a fireworks display – except that the Catherine Wheels and sparklers (and occasional bungers) she presented us with were words.

It was thrilling and very entertaining – a fantastic display of how exciting poetry could be – but I think the reason that I remember it so vividly, was that somehow Chris conveyed a certainty that all of this mattered: not just the delight in language, or the theatrical drama of the reading itself, but also the shock of silence afterwards, when the bright lights and smoke faded but the many sparks of meaning remained.

That was forty years ago.  Chris was already marking her mark on the Australian poetry scene, not just as a poet but also as an editor and encourager of other poets.

As co-editor of Compass Magazine at this time, she published some of my very earliest poems – I’m still enormously grateful for that support. Her enthusiast fostering of a community of poets reminds me of the similarly generous work Kit Kelen has been doing, so I find it particularly pleasing to see this volume become part of Kit’s Flying Island series.

Chris was one of the first real live poets I actually met, and I feel a little awed to be launching her book today.  She was a legend in the poetry world a long time ago, and her output over the decades since has been consistently impressive. A new book from her is always full of refreshingly original writing.  Foxline is no exception.

On her Blog, The Empire of Larks, Chris has written a short note about the background to the beginning of Foxline.  In country Victoria, she came across a fence where dead foxes have been hung.  The photographs on the blog were taken on a sunny day, and the line of foxes, with their shining red-brown fur, is quite beautiful, if you take away the fact that they were once living creatures.  This could be a boutique for Opera goers who want something soft and warm to drape around their shoulders.  It could be a benign image, but as the poems in Foxline very subtly tell us, the other side to this story of foxes on a fence will be the voice of a man with a gun.

Dead foxes.  A female fox.  A man intent on killing.  Monologues from the two characters and dialogues between them … Is it possible to create an entire book of poems about this?

If you’re Chris Mansell, yes.  Even by the time of that poetry reading some forty years ago, Chris could write with a formidable mix of intelligence and emotion.  Since then, she has also written fiction as well as many poetry collections, honing her language but also developing a film-script instinct for dramatic scenes.  The result, in Foxline, is a book with such a compelling narrative that I didn’t want to stop reading.  At the same time, it is so full of extraordinary poetic moments that I did have to keep pausing, simply to marvel at the words, as well as at the depth of what they conveyed.

There is an impressive wholeness to this book.  Somehow, Chris has managed to get under the fur of the fox, and inside the skin of the man.  We see – and feel – the world from both their perspectives.  At times, the two characters slither in and out of one another’s voices so that there is a startling, subtle ambiguity. Chris has added ‘marginalia’ – explanatory (and often witty) notes which help to clarify who is speaking – but there is still some mysterious magic happening where the man becomes quite foxlike, and vice versa.

The fox is a philosopher sometimes, contemplating those fences the farmer makes as ‘singing wires’ and searching for meaning in the wires and posts, hoping for clues to the way the man thinks. Later, discovering her kin there: “so many cousins strung /by their ankles on the wire”, she concludes:

But the man is not simply a monster.  He kills the foxes because they kill his lambs.  In our ‘precarious’ world, so rich with the tristesse and yearning for something more hopeful that Chris herself has described as characteristics of her writing, he has “rusted, become strange”:

He is also, however, capable of being surprised by the world – its joy and pain, its “vastness which grinds / around our fireplace”, but nevertheless “ends at our slippers”.

Both these characters are connected to this land where they live, but it is not their ancestral place. For both of them, this is a place where “rough paddocks sing”, but where there is also

amnesia in the hills
stories missing all through here

In this book, so many profound dilemmas lurk.  “The complex / chemistries of occupation”, for example, are clearly here, as are difficult examinations of the whole question of killing, and whether it is justifiable – but there is no polemical shouting, and I think the writing is all the more powerful because it comes to us via the very believable experiences of two beings who could be expected to be opposed to each other.

In one of the many instances where the struggles of the fox and the man are interwoven, the fox laments her lost heritage, and talks of the different place where her clan came from.  Her sadness and displacement could just as easily have been expressed by the man. They are both vividly believable living beings, with loves and griefs, and the writing captures this with a wonderful directness and clarity.

There are so many pages I would love to read to give you a sampling of how strong and mesmerizing the writing in Foxline is, but I would rather leave what short time we have for Chris to do that herself.  I will just mention some moments in the book which took my breath away. Lines like this:

or the whimsical asides of the fox as she thinks of the lives of flying foxes, “more desirable than the air”, but “up-to-no-goodness”; or the most riveting (and recognizable!) rant on anger and disillusionment I have ever read, in the poem ‘When’ which ends

Foxline has passages that are as confronting as a coronial inquest. It also has great compassion and intensely moving scenes in which all of the complexity of simply being alive, whether as a human or as another creature, are beautifully conveyed.

The energy, wit and passion that I remember hearing in Chris’s reading forty years ago are still here. Now, there is also an extraordinary stretching of imaginative empathy, as if a lifetime’s personal experience has been compressed into gems of tenderness and wisdom.

I’m excited and delighted to be able to declare Foxline launched.  I highly recommend it to you. 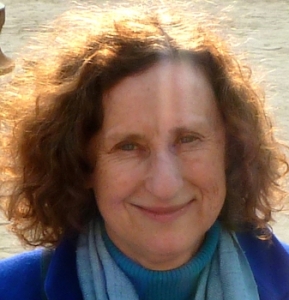 Jean Kent is the author of eight books of poetry. Her most recent books are The Hour of Silvered Mullet (Pitt Street Poetry, 2015) and Paris in my Pocket (PSP, 2016), a selection of her poems from an Australia Council residency in Paris. With Kit Kelen, in 2014 Jean co-edited A Slow Combusting Hymn: Poetry from and about Newcastle and the Hunter Region. Samples of her poems and occasional jottings are on her website http://jeankent.net/