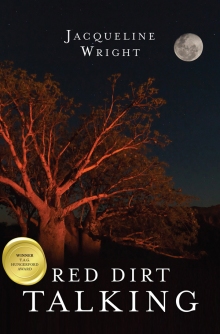 Jacqueline Wright knows the Kimberley. Her novel is stuffed with so many details about everyday life in the big towns of Broome, Kununurra and remote aboriginal settlements that it’s hard keeping track of the various plots and subplots that wind their way through the book like goanna tracks in the red dirt. Climate rules everything in this world, the cycles of heat and wet constrain all the projects of civilisation from plumbing to the best intentions of well-meaning white female PhD students. They force it all to submit to a time that bears no relation to government plans, budgetary and electoral cycles, and university deadlines.

The novel’s narrative structure consists of two distinct stories. The first story is a first person account by a council worker and notorious scrap hoarder called Maggot. The gossip between Maggot and his buddies is about a local girl who has gone missing. The girl is aboriginal and the object of a bitter custody battle between her white mother and aboriginal father. Everyone suspects foul play. The second story, told in restricted third person, is about Annie, a PhD student from Perth who has come to the Kimberley to research a massacre that took place in the area early in the 20th century. Her project is enthnomethodological, which means recording and examining transcripts of elders talking about the massacre. Things don’t go to plan however, as the elders avoid talking about wicked things, and Annie has to confront the fact that the scientific method she’s wedded to is another way of expropriating indigenous people’s memories. In the course of her researches she gets to know the little girl who will later go missing, while the teeming, busy, moment by moment event-filled extended family chaos of indigenous, mixed and white fella life in the Kimberley diverts her from her thesis and covers over the painful memories of massacres like sand covers goanna tracks.

Annie’s and maggot’s stories cross and interweave with each other over the same landscape, but are separated by different times. The times converge at the end when the reason for the girl’s disappearance is revealed. This convergence occurs because the two stories are told at different speeds; Annie’s story is told over a longer stretch of time (a year) in the course of which the girl disappears, whereas Maggot’s story is about a week or two, after the disappearance. This makes the book difficult to enter, and the confusion is compounded by the fact that one story is first person and the other third person. This is not a shortcoming as such; just a peculiarity of this book. First person and third person narrations, running side by side reveal that bottomless trench of Cartesian alienation (those dimensions of interior and exterior which can never interact) which doesn’t seem to serve any noticeable narrative or philosophical purpose here, though I was curious, as the two narrative lines converged and Annie’s and Maggot’s paths crossed, which perspective would prevail; would Maggot’s subjectivity swallow Annie’s world, or would the third person open Maggot onto Annie’s world. There is also very little convincing psychology in the book, except for a half-hearted attempt to psychologise Annie’s motives, which is to say guilt over an estranged daughter. But the girl is so rude I just wondered why Annie keeps trying. I guess it is her neediness rather than her daughter’s that motivates her, which is the beginnings of a proper character.

The movement is the real achievement of this book. The sense of time wasting over the stretches of red dirt and bitumen, the teeming busyness that ropes Annie into writing grants for the missions or taking the kids to buy fish and chips, as if she’s some inert molecule bounced around in a Brownian motion (except the heat slows the molecules down rather than speeds them up) makes it an example of one of those strange mongrels, phylogenetic and literary, that grow in this most remote part of the world.

You can find out more about Teasing Threads here: https://rochfordstreetreview.com/2015/07/10/introducing-chris-palazzolos-teasing-threads-sundry-film-and-literary-criticism/ 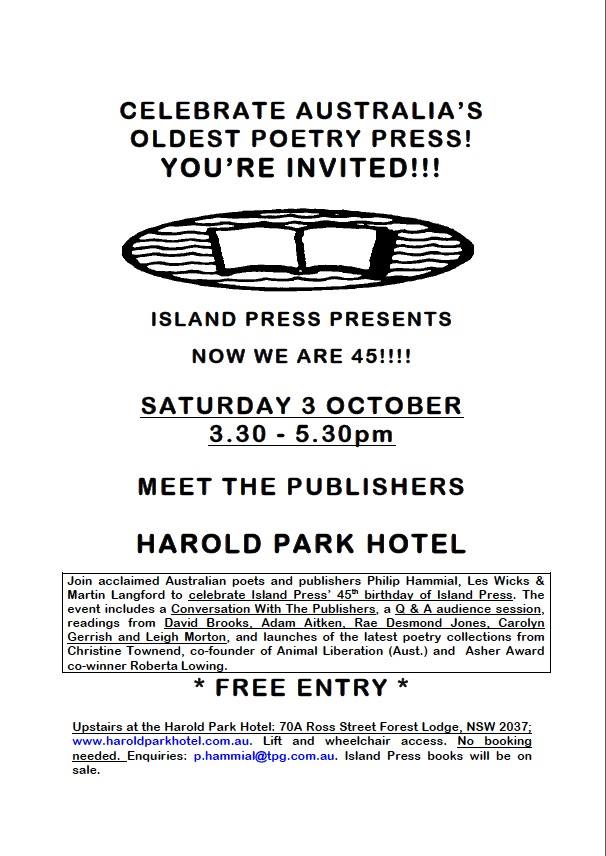