.
I was keen to receive this title, Ireland has a hummingbird mind, the reader is led into places they had not previously experienced to then find themselves pinned into that place by richly original language. Mercurial.

These are rarely simple journeys, you have to concentrate to stay on board as she flits from foam pits of human love to the Throne of the Most High (‘Porch Light’). Like planes slowing, edging in towards landing, the pieces tend to find focus as they finish:

constantly switched on to reveal
meat, guts and skin twisting
another idea back on itself

– ‘What we do for Survival’

I did, however, found some parts of this (comparatively short) book to be meandering – ‘LAX’ for example seemed to me be a big so what until we get to the sparkling last line clutching this airport lounge margarita as if it were magnetic pole.

Against this, Ireland can pick up subjects that didn’t promise much of interest (for me at least) and turn them into a linguistic delight. Take for instance ‘Velocity’ which concerns a carrier pigeon, with a line she grabs us –

his own mass the only anchor:
Hooked into sky.

Repeatedly the reader comes across the richest linguistic nectar. There is a great clarity in this woman’s vision:

The soul must be wedded to the flesh. There is only this. You leapt.

– ‘Angel of the Neo-Burlesque’

This is one of those books that works so well on many levels as it stands while simultaneously holding out the promise of what the poet’s next book will achieve.

LES WICKS has toured widely and seen publication across 23 countries in 11 languages. His 11th book of poetry is Sea of Heartbeak (Unexpected Resilience) (Puncher & Wattmann, 2013), his 12th (a Spanish selection) El Asombrado (Rochford Street Press, 2015). He can be found at http://leswicks.tripod.com/lw.htm

Porch Light is available from https://puncherandwattmann.com/books/book/porch-light 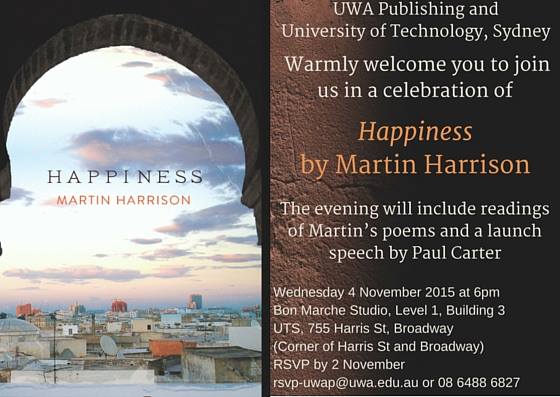