Like many Australians my family has a close connection to Ireland. Most of my mother’s side of the family came from Ireland in the decades following the famine. Growing up my grandfather played baseball rather than cricket and his team was made up primarily of the children of Irish immigrants. My first real lesson in Irish history came after I asked him about an old gold mining town in central NSW called Home Rule that we had passed through on a family road trip when I was about 10 years old. Then, when my parents and I were cleaning out his house after his death, we came across a number of old books at the back of his wardrobe including an old IRA songbook.

But while I learnt about our Irish heritage from my grandfather neither he, or my mother, ever left Australia. Interestingly, I am also not aware of any immediate family members who had returned to Ireland until my wife and I made a fleeting visit last year, crossing the Irish sea in a large ferry called Ulysses.

We were tourists arriving in Dublin on 15 June and immediately found ourselves discussing Joyce with our taxi driver. Of course the next day, Bloomsday, was something extraordinary as a city celebrated a novel. Late in the day, as we were walking down a laneway near the river, we came across one of those readings of Ulysses that you come across now and then on 16 June . In between chapters a local poet, Stephen James Smith, performed a poem called ‘Dublin You Are’ which managed to link the celebration of Joyce’s Dublin with modern-day reality.

.
As it was the centenary of the 1916 uprising the city was full of reminders of the struggle for independence, a struggle which played a part in the decision of my ancestors to leave. Another reason for migrating, of course, was the famine and a few days later at Roscommon I stood outside the Famine Museum and listened to wind and remembered a quote from Tim Robinson’s Connemara, which I had read early that year, where he described how a: “wave or wind breaks around a headland, a wood, a boulder, a tree trunk, a pebble, a twig, a wisp of seaweed or a microscopic hair on a leaf, the streamlines are split apart, flung against each other, compressed in narrows, knotted in vortices. The ear constructs another wholeness…..” At that moment I felt that wholeness and I decided to try and understand more about the links between my past and my history. As a poet and writer I knew this meant that I needed to read the Irish poets who were writing now. 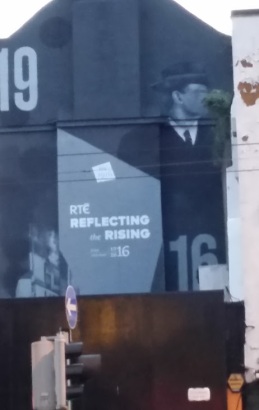 Back in Australia I started looking them up. Sometimes it’s hard keeping track of what is happening in your own back yard let alone what is flying under the radar half way round the world. But I quickly realised that that this was a worthwhile and exciting exercise. With the help of a reading list supplied by the Irish/Australian poet Robyn Rowland and Paul Casey’s excellent essay in Cordite on Small Poetry Presses in Ireland, I started to discover some amazing poetry, some of which was deeply rooted in the Irish consciousness while others easily transcended national borders. One interesting thing, however, was that probably due to the Irish diaspora even the Irish centred work made connections on the other side of the world.

The work that will appear over the following three months as part of the Contemporary Irish Poetry feature is the result of that brief trip to Ireland and the discoveries that followed. I am still discovering poets and small Irish literary presses and I’m interested in hearing from people who might like to be part of this unfolding project. I’m particularly keen to publish reviews and launch speeches from recent publications. If you are interested in being a part of this project please contact me at submission@rochfordstreetreview.com and please keep coming back over the next three months to see how the project unfolds.
(Photographs by Mark Roberts)

Mark Roberts is a Sydney based writer, critic and publisher. He is the founding editor of Rochford Street Review and has been active in the Sydney poetry scene for many decades. His latest collection of poems, Concrete Flamingos, was published by Island Press in 2016. He occasionally blogs at Printed Shadows 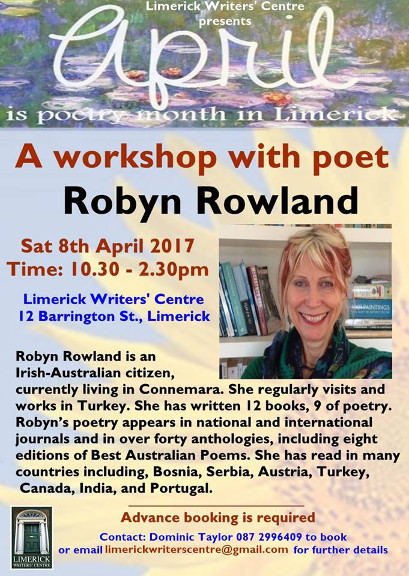