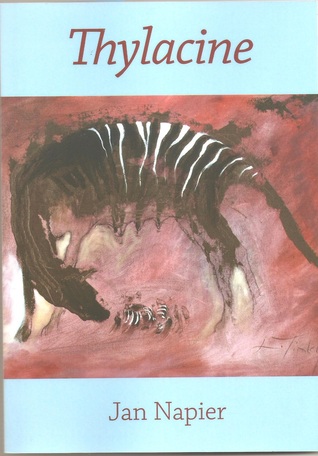 The construction boom in West Australia’s mining industry a few years ago resulted in a lot of new money sloshing around Perth, the much commented upon demographic of CUBs (Cashed Up Bogans) and their vulgar conspicuous consumption rashing the landscape. Less commented upon but just as important was a flourishing cottage industry of small poetry presses which cropped up like a carpet of wildflowers on a neglected reserve. For an all too brief couple of years, West Australia’s quiet toiling poets found themselves spoilt for choice for publication. Mulla Mulla Press, Sunline Press, Regime Books, along with a number of in-house anthologies of very mixed quality from the handful of writing centres around Perth (Katharine Susannah Pritchard, OOTA, Peter Cowan), as well as the mainstays of Westerly, UWA and Fremantle Press, meant a bit of schmoozing, a bit of hustling was all it took for many of us to get a book or two published in that time. Now that the roaring days are over and austerity is biting hard, many of those lovely wildflowers have died off (though Mulla Mulla, under the proprietorship of Kalgoorlie literary doyenne Coral Carter still continues). It’s interesting to reflect that most of the activity was poetry. There was a bit of prose, but almost no criticism. There is something naked and unprotected about poetry in its wild state, so it was inevitable the phenomenon would pass quickly. It remains for historians (all poets are historians) to examine some of the flowers that were pressed.

My not at all random choice is Regime Books’ last publication, Thylacine, a collection by one of our city’s quietest and hardest working poets, Jan Napier. The last is the loveliest. Readers will note that Regime Books was my press, the one I worked for and which published my two books, so I speak as an insider, not indifferently. I think this book is the most perfect of Regime’s list. It’s also the one I had no input in; it is exclusively the work of Jan Napier, Nathan Hondros and Lynne Tinley, who’s painting, Mother Thylacine, adorns the cover.

Small poetry books are called volumes in order to convey the sense of a vessel whose contents (poems) are in a three dimensional relationship. In this volume groups of poems are arranged thematically into chapters which are actually chambers (or ventricles, given that one of these chapters is called Heart). The first poem is always the most important. It doesn’t have to be the best, just key to the relationships, so the echo of its reading vibrates through the subsequent poems. ‘The Chant of Almonds’ is a lovely confection that leaves a sweet taste in all the poems that follow, even the most bitter ones.

Day’s overture, a nougat of clouds
oozes the way you spoon the stirry whirl

of cream and caramel.

Napier’s verse is delicate and intellectually sinewy. Every so often it’s knotted by a syntax knuckled like rhizomatic branches. It writhes as its read. As it moves it makes hoots and yells, the clashing and chafing of a strange vocabulary. The setting of many of the poems is kitchen sink – domestic fetishes, magazine pinings, the smells of mopped floors and stuffy bedrooms and seaweed on afternoon breezes – though there are poems of travel, nature and art. In all of them a spiky, hyperactive subjectivity leaps at the images as if to snare them in crystalline metaphors. The influence of Sylvia Plath and Ted Hughes is strong. The title poem, ‘Thylacine,’ from the chapter-ventricle Vanishing, is an excellent example of a hughesian ‘animist’ poem.

Secret heart hopes for, longs for, yearns for

While ‘Cusp,’ with its image of domestic happiness interrupted by an ominous synchronicity echoes Plath’s surrealistic fatalism.

But there are many voices in this collection, mothers, children, ex-husbands, and three beautiful portraits of Frida Kahlo, Sydney Nolan and Alan Marshall. These are the hoots and yells that bustle from the thickets of syntax and echo through its volume. Napier owns them all; she’s been writing and honing her craft in her modest suburban way long enough to have braided them into her voice. And the sweet things are the lollies and cakes she rewards herself for her labours. The long secretive industry of poetry can make you feel like a thylacine – a mythical animal so furtive it may or may not have escaped its extinction.

Teasing Threads is Chris Palazzolo, novelist and poet, editor at Regime Books in Perth, radio host on 6EBA FM North Perth, and was, until recently, manager of one of the last video shops in the world. His novel, Scene and Circles,is available from https://www.smashwords.com/books/view/449419