In Dominique Hecq’s latest collection, Tracks, the geology of distance and time persists. It is a compilation which draws the reader on a threaded discovery of the inner workings of the poet’s mind, sampling along the way the bountiful topography of valleys and ranges which soar and bottom out and rise again with the simplicity of her words. It is, as Hecq notes, ‘autofictional fragments of a journey without maps’ spanning 30 years of the author’s life in her adopted country Australia, after a childhood in Belgium.

This book’s experiential complexity invites participation from the reader. We want to stroll, fully aware into the fabric of Hecq’s conversations (with herself?) with others? and view the landscape from where she has briefly paused to record what has gone before. The images are vivid and unsettling, a little too close to home, (hers or ours) to feel it is all about someone else. But that has always been Hecq’s talent, to immerse the reader in the strong connection between verbal and visual truths, and the journey is defined by desire, humour, curiosity, despair and ultimately an acceptance of the emotional geography of life.

The story really begins, as the author tells us in Brussels, April 1974, when as an adolescent she watches the film, A Town Like Alice and decides that she would like to visit this land of ‘leathery earth flattened in my dreams; a deep blue sky that doesn’t curve.’ However, it is a few years later before the author delves into the then, little publicised aspects of Australia, the Stolen Generation, the lost dreamtime stories and the historical contradictions and perceived internal ignorance of a country finding and losing itself in a time of consequence.
Wanting to know more, and impassioned by the writing of Patrick White and Robert Drewe, Hecq takes up a scholarship to write a PhD on Australian Literature and arrives in her soon to be adopted country ‘with little baggage but my faux-Romantic prejudices’ and a mind map of the conflicting histories of a land far from her native Belgium.

As a travelogue, Hecq toys with the sounds and feelings of her new destination with humorous intent as she playfully strains the sounds of ‘Strine’ though her carefully learned English.

My ears strain to attune to new sounds

I look through the window

In this same manner the ‘Suburban gothic’ of Melbourne reveals itself through the vastness of a University carpark which Hecq mistakes for the bush and the collage of all things Australian including the ‘higgledy-piggledy architecture’ of ‘community halls, bowling lawns, construction sites’. The disillusionment starts almost immediately as the anticipated does not materialise and the foreignness of her perceived imagination fails to deliver; ‘you know you’ll never belong’.

The unattuned ear siphoning the sounds of the language is dealt with keenly by the poet as she reels in the unaccustomed:

Sentences break
……………..on the pebbles of my Australian accent

and dwells on the differences of the logical landscape she has left behind and that which lies before her. Portrayed in a harsh reality of colour and texture, the poet stumbles for different words to describe ‘rivers rushing upstream and lambent light’ and ‘a city where traditions and their rituals create inhibitions and prohibitions that stick like clichés’.

In trying to find a spiritual link between the land and the people and her own sense of belonging, Hecq further invokes a sense of the mythological and grounded in the entity she has become to her colleagues. The pain is obvious.

You are angry and don’t know why
……….(call this a moment of clarity)

You are their bamboozled pet friend
the exotic item in their collection
…………………….(the accented one)

You are the nerd

Yet to become the scapegoated clan outsider

The inner strength of the poet comes into play as she begins to make sense of her new world order:

‘My feet have grown with Australia’s size’ and her view shifts to a less structured gaze:

the invention of lexicons
reinventions of selves, all that
entanglement of legacies

Throughout the journey of the poet and her others, comes the life matters which intercept and interrupt but are essential to the very essence of the writing. The recurring themes of time, the hourglass and stones, pebbles and sand on the skin, abrade the layers of myth. The tactile sense of a life lived through the mystery of words define again and again the geology of life. You can almost taste the salt.

Hecq’s words gouge all the surfaces of our senses, cut through the social niceties of what one should expect and reveal the keen insightfulness of the observer who struggles to make sense of both the interior and exterior landscapes which engulf her. The experiential complexities of her writing constantly stir the conscience of the reader with remembered events, for after all, all lives are similar:

But in the humour of the traverse there is also the agony of life gone wrong. Disillusionment with life and love, the hum drum of country town life for a poet with five languages who can find only menial work and most achingly the death of a child which fractures the heart and informs the timbre of the writing for all time.

Motherhood is painful. Being disregarded even more so. But Hecq laughs at her fears, fiercely protective, she tries not to be hurt by their rebukes and shame. Love swells:

At night your hands nurse
the rainbowing flesh of bumps, bruises, corkers

On Sundays you stay at home

Pray for the preservation of brains

Hecq willingly draws you into her story. As her confidante, you hike along her sandy, gritty path, totally alone and step into her vulnerability. You feel her catch her breath before she confesses: –

But then she rolls her eyes, tosses her head and plunges fully clothed into the rapids, pounding her chest and shouting: ‘Cette histoire’.

Tracks is a story of a life lived under critical but droll self-observation. Those familiar with Hecq’s poetry will recognise her joy of creative language and her honesty in the face of self doubt, but there is also something joyous and accepting in this work that pumps a fist at a life lived with passion. A resilience of fragile landscape nurtured and ravaged by life’s condition can be healed by words:

when hope trickles down to a prayer
in one tongue

To write a poem
means
nothing

but believing
you have nothing to lose 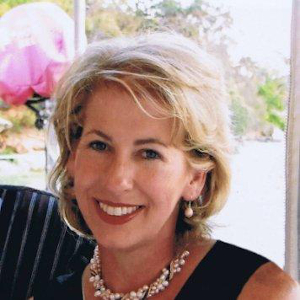 Diane Murray is a writer, poet and interior designer who lives in Sydney. Her novel, Printer’s Ink, the biography of Australian newspaper pioneer Marion Leathem and the accompanying exegesis Unreal Truths: The Lies in Every Story investigate the impact of biography on the writer’s unconscious mind and the intriguing psychological transferences which occur between a writer and her subject.

A former Deputy Chair of Writing NSW, Diane is part of the Executive Committee of the Historical Novel Society of Australasia and was instrumental in setting up the ARA Historical Fiction Prize in 2020. She won the Woorilla Festival of Words short story competition and her work appears in various academic and commercial publications. Diane gained her Doctor of Philosophy (Writing) in 2016.

Tracks is available from https://recentworkpress.com/books/product/tracks/