I once had the privilege of hearing Miriam Wei Wei Lo read her poetry at the State Library of Western Australia and also on the ABC’s Poetica. That seemed so long ago. In fact it was 2004 when her first edition of Against Certain Capture was published by Five Islands Press, in the New Poets 10. The good news is that her book has resurfaced, it’s an identical second edition published by an imprint called the Apothecary Archive. In the meantime, it seems, Lo has been raising children, holds a Phd from the University of Queensland, has published a chapbook No Pretty Words with Picaro Press (2010) and currently teaches creative writing at the Sheridan Institute, Perth. I managed to get a copy from the author in an exchange for my debut novel, however, I drew the shorter straw and read through Lo’s poetry in no time, with much interest.

Against Certain Capture opens as a generous homage to family and the various struggles of two women, namely Lo’s grandmothers. Liang Yue-Xian and Eva Sounness make up Lo’s heritage: her father being Chinese-Malaysian and her mother Anglo-Australian.

Approaching this poetry, I must admit that I have only ever read some of Li Po’s work, but that doesn’t exclude me liking the serious reverence in this collection, especially the biographical nature of the text that highlights a time when higher education was rare in China, when women had little agency over their bodies & minds in a patriarchal dominance. Yue-Xian loses a sweetheart, enters into a loveless marriage or in Eva’s case, she is tethered to dependency and years of multiple pregnancies.

Part 1 opens with the young Yue-Xian trapped/ in the machinations/ of family and wealth/she loses the man she loves/to her cousin. The poem ends with a deep longing.

she will write
to deliver herself
from the snares of her feminine body,
from all forms of dependence,
she will write
until she can walk
through the gates of Canton University,
crack the egg
and sign
her name on the pavement
in glistening yolken gold.

In the poem ‘No Pretty Words’ we encounter the deprivation of food and living at the onset of World War 11. Much has changed in Yue-Xian’s life now married to a gambler.

There are no pretty words for hunger
Only what thuds from the mouth,
flat and ugly,
like rice, fish,
sweet potato –
words to roll around in her stomach
or burn in her throat
when her husband comes home
with nothing.

In Part 2, we continue with the dramatic narrative. Eva Sounness is the poet’s Australian grandmother. Born in Boulder WA, she also has an ambition for university, but this is thwarted by her father’s heart condition and no funds.

Eva has seen the results
all fifteen letters of her name
stamped in black type on the bursary list.
….
she has seen her father
white from exertion
stumble up steps
….
the word that hangs
in the air
‘angina’
and knows
that hope
is a thing to be swallowed,
to hold in the belly
until it turns sour.

And as with Yue-Xian’s life, “Here, the war is a headache that lasts six years.”

When the war begins
Eva is feeding her first daughter, Robin, oat porridge
boiled soft for her infant mouth which drops to an O
at the sight of the spoon, the small pink tongue expectant.
Kim, her son, is running around in the yard
rounding up chooks and shouting at sleepy dogs,
pretending to be a farmer.

Somewhere faraway
a place called Austria is annexed, Poland collapses,
Jews are garrotted and pinioned in ghettos.
With the usual burst of wattle and birdsong
spring arrives in the South-West corner
of Western Australia, which is, Robert Menzies declares,
also at war.

While there is evidence of a repressed society for women in the early twentieth century, disrupted by the onset of war, with all its deprivations, one wonders which grandmother may have lived life the hardest. The parallels of these two women’s lives are connected pre-feminist liberation. This was a generation that had little say over their bodies, tertiary education was rare, and conformity was dependency to a man, and/or childbearing.

I have not touched on many poems in this collection. The poetry is dense, lyrical and poetic lines such as “starlight touching the first dew of morning” are peppered throughout. The stories are a little bleak at times, and forms such as the pantoum and headline poems do not give an accessible narrative in a biographical sense. I would have liked some lighter moments, perhaps from Eva’s life, being Australian, but this is only a minor criticism. One poem that does touch on her character is revealed in ‘Don’t call me Grandma’, but this is a fleeting image of her in later years. Perhaps in the future, Lo has plans for more lightweight incidents about family. 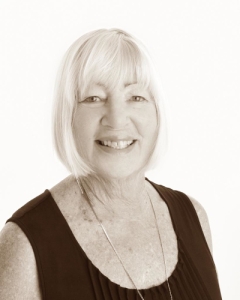 Helen Hagemann is the author of two poetry collections, including Evangelyne & Other Poems (APC 2009) and of Arc & Shadow (Sunline Press 2013). A debut novel The Last Asbestos Town was published in 2020 and a second novel The Ozone Café is due also from Adelaide Books, New York in Oct-Dec 2021. Some of her recent poetry can be found in issues of Burrow an ejournal at Phillip Hall’s Old Water Rat Publishing, and her poetry reviews are on Plumwood Mountain Journal and Goodreads. Helen blogs @ https://helenhagemann.wordpress.com

The second edition of Against Certain Capture is available from https://apothecaryarchive.com/publishing-from-5-islands-press/against-certain-capture