There is something about the name a poet chooses to title their collection that will either attract or repel a reader. Most poets nowadays opt for a short and catchy title, something that doesn’t give away too much.Something that proclaims eruditon and an understanding of the zeitgeist. Not to do so is risky, if one wnats to court favour and aplomb. Mick Corrigan goes against the current grain by choosing The Love Poetry of Judas Iscariot as title for his debut. To choose one of the most maligned and ignominious characters in the whole of Judeo-Christianity as his main persona in a time when the very concept of Christianity is under fire from every quarter is a brave choice. But was it a foolhardy one? And with what eye does Corrigan inhabit his chosen persona? The book opens in Galilee, and we are immediately drawn into the tensions between the cynical and the hopeful in the contrasting perspectives of Judas and the Messiah.

“Love”, you said,”is transformative,
it makes new shapes of us all.”
“It grinds us to salt,” my terse reply.

When Judas demands absolute proof he is directed towards a swallow’s nest and told to ‘Behold’. The last verse sees our anti-hero press his face to the loamy earth ‘beneath a moon too cold to touch’, where he believes he hears her say-‘nothing is new, nothing is new/I have seen it all before’. Corrigan has in his opening poems managed to subvert our definition of belief by reminding us that disbelief is a belief, that the trope of moon in poetry is far removed from the common man, and that there is a Judas in all of us. How that Judas is wrought is something the remaining poems examine with varying degrees of success.

The book contains fifty one poems, with appetite whetting titles. My favourite title is a contest between ‘You’d be Nothing without the Love of a Good Bank’ and ‘A Letter to my Great-Great Grandchildren, who by the Time they Get to Read this, will be Living in a Cave and Eating Each Other’s Toenails’. There is a fierce imagination at play in these titles married to a melancholic wit. Take these lines for instance from the best of those two poems-

“Your bank wrote your name on its pencil case and copy books,
fought the other banks behind the bike sheds for you,
loved you like no other bank loved you, could ever love you…”

The contrast between the above and the below is not only humourous but is reminiscent of Dylan at his most Puckish.

now your bank won’t talk to you, wants to break up with you,
wants the house but not the kids,
only communicates by letter, never returns your calls
and is making moo-cow eyes at someone else, someone younger..

That impish humour reveals itself in some malapropisms that will remain with the reader long after the book has been read: ‘duck billed platitudes’ (Unlearning my Place), ‘stabbed through the art’ (Blue on Blue-for the Irish Poetry Scene), and ‘witless protection programme’ (This Road I Took that Took me Here) stand easily alongside O’Casey. Many of these poems spring from the poet’s anger at the hypocrrsies of the great and mighty and the impact the system has on the child of faith he was. And therein lies the nub of the whole book, that knotty question of betrayal and the story of Judas. The Judas Corrigan would have learned of in school betrayed Jesus, but the Judas that is revealed in a newly restored papyrus document dating back to the 2nd century portrays a different man. In it Judas is shown as Jesus’ best friend, asked by Jesus himself to betray his identity to fulfil the prophecy and liberate his soul to ascend to Heaven. And it is that Judas that the poems in this collection reveal. A Judas whose aphorisms could be as true for the 2nd century as they are for today.

participative democracy is deader than Dodos,

A Judas who looks at the present though the lens of the past in poems like ‘Lazarus Rides Again’. The poem opens with the conversational line: ‘Being dead was easy, I knew everything/and everything knew me’. Knowledge is ‘like the stone dark aquifiers from which we draw water/like all the libraries in the world/concealed within a micro-dot.’ When Yeshua Ben Yusef calls Lazarus by his name we too are yearning for that ‘bright hand’ to reach for him and us ‘under the stars’ at the end of the poem.

The recurring themes in the book revolve around a righteous outrage that realises itself in poems that speak truth to power in language that is not obfuscatory using colloquialisms that put the reader at their ease and which address the concerns of the common man. The histories of any country are fraught with inequities but so many of Ireland’s historical injustices arose from an instilled fear of an authority that allowed the Mother and Baby Homes to thrive. In one of the storngest poems in the collection, ‘If Harry Clarke Made a Stianed-Glass Window for the Mother and Baby Homes’, Corrigan frees himself of the bias that is part of his cultural conditioning and in ten exquisite lines helps us tolerate the intolerable by immortalising the truth in a poem he immortlaises in an imagined stained glass window made by the Irish stained-glass artist Harry Clarke. In those leaded panes the light captures –

the sun by day, the stars at night,
a sad woman, a golden bee,
a mermaid rising from the depths,
to one side the beguiled, ensorcelled by scarlet,
down in the corner his excellency the bishop
carrying a graveyard in those deep et eyes,
above him a small child forever seeking the truth.”

One of the more difficult ways to establish a reader’s trust is through precise descriptions of emotional and spiritual conditions. Precise description of physical setting is much easier, but all three gave us a combination of what we know and what we do not know. These three types of description are best communicated with the help of metaphor, and Corrigan has given us a metaphor dating back to the second century from which to examine our own roles in our existential angst. In the final poem ‘The Road I Took that Took me Here’, charts the years he has spent climbing the hill ‘where Bethlem sleeps/just beyond the crest’. That crest is one worth travelling to by sititng with these poems that will carry you from the darkness to the light, so that you too can savour the view.

Deirdre Hines is an award winning poet and playwright. Her first book of poems The Language of Coats was published by New Island Books in 2012, and includes the poems which won The Listowel Poetry Collection 2011. New poems have appeared in Poetry Ireland Review, The Bombay Review, Three Drops from a Cauldron, Abridged, Crannóg, The Honest Ulsterman, Ink, Sweat and Tears, Boyne Berries, Elsewhere (USA), and The Lake. She was shortlisted for The Bridport Poetry Prize ( 2020). Her reviews of poetry have appeared in PN Review, Sabotage, and Riggwelter. She worked as a Community Worker with the Travellers for eleven years, and studied Aboriginal Performing Arts in Sydney University under Dr. Drid Williams. Her first play, Energies was performed in Sydney as part of Interplay in 1989. Howling Moons, Silent Sons won The Stewart Parker Award and was perfomed in The Peacock Theatre.

Copies of The Love Poetry of Judas Iscariot  can be arranged by emailing d.smith195@btinternet.com 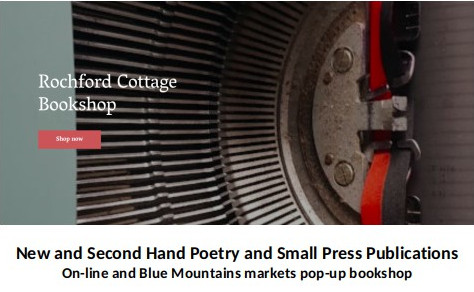