A Fool is the directorial debut of veteran Chinese actor Chen Jianbin, who also stars in the film. It is an admirable debut for the showbiz veteran. A Fool is about the Latiaozi, a honest farmer who is struggling to bribe government officials for the early release for his son from prison, in between his attempts, he picks up an intellectually disabled man, the eponymous ‘fool’ and reluctantly allows him to stay at the farm. This simple act of kindness would lead to horrendous consequences for the honest farmer, as deceitful individuals swoop down to take advantage of his kindly nature.

The film seems hell-bent to appal; shock and disgust its viewers. I mean that in the best way possible, it is a horror movie about the lack of morals in society.  Everything from the characters to the mise en scene seems exaggerated to achieve maximum contrast. The opening scene brilliantly sets the tone for the entire film, performers put on a vibrant street performance as onlookers watch, while the entire frame of the shot is enveloped by every form of billboard and advertising conceivable, crass commercialization for the masses. We are then introduced to our protagonist, Latiaozi, who is sitting under the stage in his dirty, ragged clothing eating a bun.

This sharp, distinct contrast is evident in the production and costume design as well, Latiaozi’s farm, is a simple slab of concrete in the middle of a desolate wasteland, but yet, just a short distance away from a heavily commercialized city. Latiaozi and his wife are predominantly dressed in faded, single colour rags, while characters that inhabit the city, such as Datou, are decked out in high end aviators and leather jackets.

Character relationships also reveal tremendous insight into the social dynamics of the different classes, the poor, represented by Latiaozi and his wife are considerably more traditional in their morals and their stringent allegiance to it has allowed them to be easily manipulated and fooled. The upper class are represented by younger characters, such as Datou. They are brought up in modern, materialistic trappings but it is taken to an extreme, money is now the only value that is of any worth and they will do anything to get their hands on it. Materialism is the new god.

Latiaozi is constantly taken on wild goose chases by people who want to take advantage of him for their own gain, yet he is unable to learn or even suspect their intentions at every turn. What this seems to do is highlight how ill prepared the rural communities of China are in regards to the modernization and the resultant economic boom of their country. It is a damning exhibition of the widening gap of rich and poor in China, the modern and rich want nothing to do with the poor unless it is to take advantage of them and the poor are far too ill equipped to protect themselves from it.

The cinematography is unspectacular but effective, with a heavy reliance on still shots and long takes, the cinematography seems mundane with standard coverage and no stand out stylistic flourishes. If anything; the cinematography is intended to serve the performances, which are phenomenal. Cheng Jianbin is brilliant as Latiaozi, playing the farmer with deer-in-the-headlights naivety, you constantly worry for Latiaozi, especially when his situation takes a turn for the worse in the 2nd act of the film, as his naivety (or one can argue, stupidity) gets him into more trouble than he bargained for. Yet you do not feel put off or even frustrated by such misplaced innocence, which is a testament of Cheng Jianbin’s charisma and ability to reel the performance in to realistic levels. There are occasional portions of slapstick comedy, all of which succeeded solely on Jianbin’s ability to emote through his body language and posture. 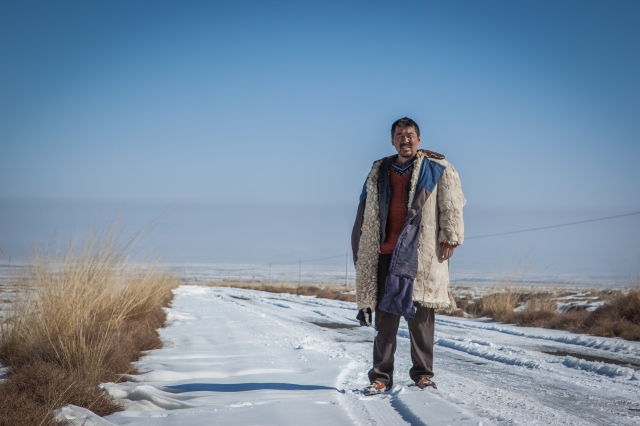 Special mention must be made for Wang Xuebing who played Datou (literally ‘Big Head’ in Chinese), Latiaozi’s dodgy contact to bribe prison officials. With his shifting postures, wild gesticulations and clamorous line delivery, he is crass and deception personified, you can almost feel the slime dripping from every pore of the character.

Narratively, the film moves at a smooth even pace yet it is never predictable. The film subverts dramatic conventions of letting the good guys win, replacing it with a darker and one can argue, more realistic approach. The good guys constantly face terrible consequences for their actions and are always one step behind the antagonists. This theme of ‘good guys finish last’ is also worked into the narrative of the plot, there are several comedic scenes in the film but all of them are at the expense of the kindly Latiaozi and by the end of the film, one would ponder who really was the eponymous fool is.

With strong performances, a highly original story and razor sharp social commentary. A Fool is an entertaining look at the effects of overcommercialisation in modern China.

Cheng Jianbin successfully pulls double duty as director and lead actor in a cautionary tale of altruism in modern China.

Perry Lam is an Associate Editor of Rochford Street Review. He is the director of  the documentary short film BLACK RAT  has been selected for numerous film festivals both in Sydney and overseas.  https://rochfordstreetreview.com/2016/02/02/welcome-perry-lam-rochford-street-review-associate-editor/

The Golden Koala Chinese Film Festival kicks off on 15th February 2016 and takes place at venues across Melbourne, Sydney, Gold Coast and Perth. For further information go to http://www.cff.org.au/.