Chris Palazzolo examines a photo from the newspaper. 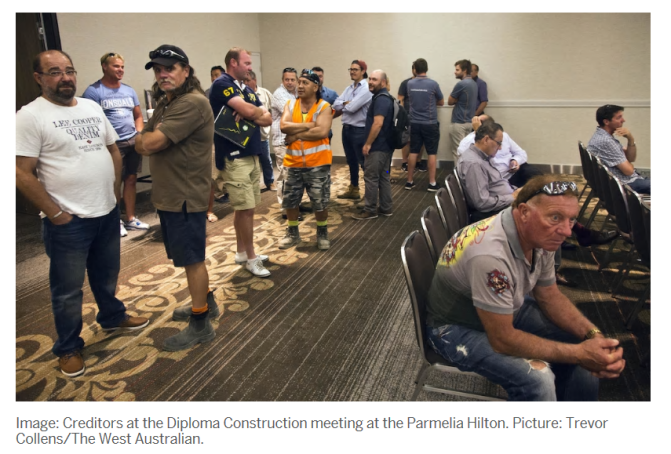 The photograph has an ambiguous status in the science of signs. In one sense it signifies its referent by resemblance to the referent, in the same way we understand representational painting signifies by resembling. A painting of a tree signifies a tree by resemblance to a tree. Likewise a photo of a tree signifies a tree by resemblance. Neither the painting nor the photo are the tree itself – they are a sign of tree (an iconic sign, Peirce would say). But in another sense the photo is an entirely different kind of sign because it has a direct connection to the referent. The photo of the tree is the tree itself, because it shares with the tree traces of the same photons that bounced off it at the moment the shutter captured them. The photo is an event. Not just a sign of an event, but a trace of the event ‘painting’ itself onto chemically treated paper or into digital storage devices, with the very light particles that made it visible in the first place.

I could study the photo of these men for hours. Its beauty, its eventality, is in that lightspeed point of convergence where consent and formal composition meet. Every man in that room is consenting to be photographed. But only when this photo is being taken. A second, a half second later that consent can be withdrawn by any one of them; one could shut his eyes, turn his face away, hold a hand up in front of his face – a gesture signifying (and this would be so even if it was only one of them) withdrawal of consent for all of them. The consent is momentary, guarded but unanimous, an unspoken ‘here we are, take the photo now, you’ll never get us like this again.’ The crossed arms, the wary glances, the deflected exchanges, the absence of any dress up speaks of time off from building site, warehouse, and showroom – everything signifies the unanimity of not wanting to be here and the momentary willingness to put that on record.

The composition are the visual ‘lines’ that keep all those elements of consenting signs taut – the ‘cues’ of momentness. The room is the formal space within which the men wait and is structured by two parallel lines – two rows of chairs in the right third of the frame and a kind of linked-chain fleur-de-lis type pattern on the carpet on the left third. Most of the men are standing on this part of the carpet which weighs the picture to the left. However, the gazes of three men in the foreground balance the frame. Two standing men glance guardedly at the camera, their gazes directed to the centre, the ‘I’ of the photo (and so lock with the eye that studies the photo) while the seated man in the immediate foreground gazes off camera into the right corner of the frame. This man’s gaze is the key to the photo’s compositional balance. The two standing men glance at us, drawing us into the drama of nerves and anguish that their consent has allowed us to view, but their glances are not enough to rebalance the photo because there’s too much weight on the left. It’s the unblinking blue eyes of the seated man, gazing off sightlessly to the right that pulls the photo into balance.

The compositional lines make a coherent visual space for the eye to roam around and pick up telling details. One of the first details I notice is the old carpet, large patches so worn the underlying stitching is showing. The poverty of the carpet makes me aware that there are no pictures on the walls, or fancy fittings, or any other furniture apart from the chairs (though there appears to be an urn and styrofoam cups on a table against the back wall). The Parmelia-Hilton is a five star hotel, but this is not a five star room where one would imagine shareholders or company executives meet. This is a tradesmen’s room. There are no illusions here. No illusions and no money. Another detail (and this is one my eye always comes back to because in a way it’s the heaviest sign in the picture) is the hands of the seated man in the foreground. Hard dry hands, knuckled like articulated rocks. There is something inexpressibly tender and human the way they rest together loosely interlocked, something paradoxical in how they look so strong and so vulnerable. Almost all the other men have hidden their hands in pockets or under arms. But this man makes no attempt to hide his. So much about him is in his hands. It doesn’t matter whether he votes conservative, considers himself a businessman (a contractor), eschews unions or whatever; he is a working class man, and in this case the long hours in which he laboured and the skills with which his hands fashioned materials into useful things have failed to transform into money. His resting hands and staring eyes speak for all the men in that room. Deleted from capital, cut loose, high and dry, inert things.