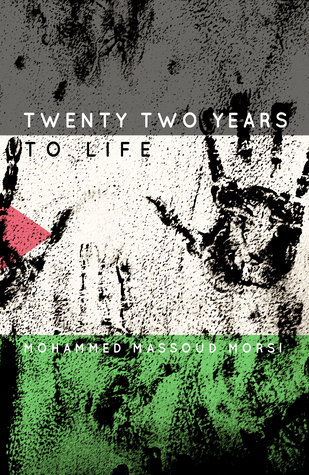 Like most Australians my daily routines are spent sweetly oblivious of the hell many of the world’s peoples endure. I step out my front door and I don’t wonder whether a sniper’s bullet is going to take me out; I send my kids to school and I don’t worry that I might be pulling their bodies out of its rubble later in the day. Reading Mohammed Massoud Morsi’s novella, 22 Years to Life, is like an irruption of this daily hell into my ambivalent Australian paradise. In the peaceful early scenes of the novella, Fathi and Farida, a young Gazan couple, travel to Canada for fertility treatment. The glimpses of my kind of life (in Canadian form) – the quiet, well-ordered streets, the safe houses, the civil and legal safeguards of private life – are Morsi’s narrative doorway for me. They are the conduit into a world where houses and walls are no protection to the human animal and where any kind of intimate life is routinely annihilated.

The narrative actually turns on two forms of intimacy. The first form, the one that’s to be annihilated, is the one we in the West take for granted is available to us whether we choose it or not – the intimacy of love, companionship and family. The second form is the annihilating form. It follows in the tradition of stories from the Iliad to The Naked and the Dead – the intimacy of war. In the early scenes of the novella we see the first form grow. The opening scene is the moment Fathi (the narrator) sees Farida for the first time. We follow their courtship and marriage, their attempts to have a child, their struggles with fertility and finally their success when a son is born and they set up home in Al-Mawasi on the coast. Around them, during this time of peace, we see the beginnings of a civil society, crabbed and secretive under relentless Israeli sanctions, curfews and no-go zones, but tentatively building homes, markets and schools.

War is coming. Embedded in this provisional society is Hamas, and its network of tunnels, arms smuggling, and recruitment cells. Its activities provoke the Israel-Gaza Conflict of 2014. War asserts its rights over all tenderness and love. First, it destroys all privacy by blowing everything inside out; it blows out cars and houses and bedrooms. And then it kills the exposed people by the hundreds. It blows them inside out too, limbs and guts and brains all over the street. The first intimacy is eviscerated. All that’s left is the second intimacy – the intimacy of hatred and revenge. The book ends with a kind of micro-perception of the same intimacy that it opened with, though not of love, but of hatred. A new recruit to Hamas sees the fear and youthfulness of the Israeli soldiers he attacks in a suicidal frenzy, and whispers metaphysical comfort to them as they die. Palestinian. Israeli. Their bodies rot as one.