Stone Mother Tongue by Annamaria Weldon, UWAP 2018, was launched at The Centre for Stories by Lucy Dougan, on 23 October, 2018. 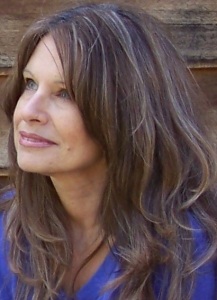 I would also like to acknowledge that we are gathered on the land of the Whadjuk people of the Noongar nation and to pay my respect to their elders past and present.

Sometimes a book comes along and it seems to find you…it seems to fit or become entirely emblematic to a time in your life. For me, right now, this feels so true of Annamaria Weldon’s stunning new collection Stone Mother Tongue…such a strong addition to UWAP’s poetry list.

I work beneath a postcard that reads: “Everything is connected in life. The point is to know it and understand it”. Well, I believe that ardently…though I don’t always know that I understand it…I know I believe that everything is connected and often I think that really this is how a lot of poets operate. They are people that have started to work out or can read and make and bring into focus (into a working whole) those connections. A strong collection will make those deep connections across poems. Stone Mother Tongue does this in spades (pardon the pun). Though it is a dig (a dig down) this book—and it is earthy in both the literal sense of its subject (the long history of Malta with its intriguing Neolithic goddess cult)—and earthy also in the sensuality of it language which so aptly brings this world to light for us. There’s a lovely fit here between sound and sense…listen to some lines from the framing poem ‘Incoming’:

Its bare contours are bronzed, recumbent goddess
all primordial creases and folds, her clefts and cleaves
cupping villages and hamlets. Thick flanked
and squat, dwellings with arched cloisters, flat roofs.

As a prologue I want to sketch out some of the lingering subterranean coordinates that have made an intersection with this book for me right now seem so inevitably perfect. I want to show you how I come to it as a reader. I think of one of Adrienne Rich’s key statements: … “to allow what you’re reading to pierce routines, safe and impermeable, in which ordinary  carnal life is tracked, charted, channeled”. (from What Is Found There).

The first coordinate for me would be working with Fay Zwicky. Fay was always entirely upfront about her belief in subterranean connections. Right through her life she had a fascination with mysteries (that which is sensed but not always rationally explained away) in relation to all aspects of life, including poetry. She also told me (as we had both experienced and as Annamaria has no doubt experienced) that making poems, or any other creative pursuit in the time of child rearing, has an underground quality. Towards the end of her life Fay was fascinated by the figure of Charon and by other underworld mythologies. When asked what kind of poet she was in late life she replied chthonic…chthonic. This is a word deeply important to the world of Stone Mother Tongue.

Fay also made strong connections to poetry and the night or darkness: night as a making space. If you want to find poetry take a lamp she quoted from another poet in her journal. In Annamaria’s poem ‘Diurnal’ we find the lines

…islands and poems both

navigate the dark, underway
to the unknown

And I am going to get back to the unknown soon. For now, though, as with ancestors (and as with ancestor worship—and in the world of Stone Mother Tongue—mother or goddess worship) a senior poet can feel like (is) a kind of sacred mother: not always readable, not always approachable but important to acknowledge. In reading Anna I acknowledge Fay.

A second coordinate is artist Grayson Perry’s amazing documentary Rites of Passage in which Perry embeds himself with great respect into other cultures at points of ritual to try and bring some understanding of coping with profound experiences like birth and death to the increasingly secular world of contemporary UK. I watched it only last week and it seemed such an important prelude to immersing myself in Anna’s book because, like Perry, her work can take an anthropological turn. And also like Perry, her work brings an immense grace and emotional intelligence to thinking about and understanding (being open) to belief systems that may be very different in the epistemological sense to Western rationalism. Art making in this territory can acknowledge the unknown…it can navigate the dark to the unknown unlike history or unlike anthropology precisely because of an openess to doubt and to the sacred. Anna aptly uses a beautiful quote from Michael Ondaatje that connects to this: “to see as truth things that can only be guessed at” (from Anil’s Ghost). Annamaria Weldon is a poet who needs to think through things. Her imagination is accretive like a significant archeological site itself.

Thirdly, I’ve been thinking a lot over the past years about women’s knowledge and also about the sometimes devaluation of women’s knowledge and skills. I think this at the school canteen, I think it in the supermarket, I think it when I see women carers at work looking after my old Mum. I thought about it on the London Underground when I saw a elderly woman brace herself on a sudden stop. When she bore down to cope with the rattling stop and grimaced for one instant she looked just like Sheele Na Gig and she quelled a group of rowdy young men in a completely stylish way. For this reason Stone Mother Tongue is a vital book and a quietly revolutionary book. Chthonic female power is and should be disturbing precisely because it straddles life and death. And its heft (physical, metaphorical, historical) should be respected just as figurines of the Great Mother were worshipped and respected.

Anna is such a valued member of Perth’s literary community. A long time member of OOTA she has the gentle knack for creative friendships and she has had to date a prestigious career encompassing prizes, residencies and many publications. She is a meticulous researcher (much like fellow poets Judy Johnson and Dorothy Porter though all in a register of her own) and other titles of hers, including the wonderful Lake’s Apprentice, attest to this. Belonging in two places can be a gift for an artist and the evolution of Anna’s collections always involve a negotiation between dislocation and belonging. I thought I had a task trying to straddle, trying to grasp the sense of a long past in inheriting Naples as a place through my father, but boy, this is a deeper dig. Even so, something about the shape, the structure of this beautiful new book, feels like a home for me with is limestone (the shade of Auden there) and the many ways in which it skillfully and lovingly evokes the atmosphere of the Mediterranean. But more than that, there is a kind of ur-narrative that belongs to the Mediterranean. It begins with a confrontation of a deep, complex past (many, many peoples, layers, arrivals, departures) with this depth, with a verticality, with mystery and if the ‘I’ (the one looking) can export that back, if it can go down to the mysteries and then come home, with this comes a clearer sight, a deeper insight, a transformation of sorts. And this is very much the beautiful overriding structure of Stone Mother Tongue. Anna’s negotiation of this long past, encompassed by the goddess, brings a clear-sightedness to later portraits of her own old people (her mother, her father, her aunt, her grandmother) and to her loved, adopted home here.

A couple of things struck me forcefully in Stone Mother Tongue and I want to keep thinking about them. One is the presence of breath in this book as an image of interconnectivity and the ongoing. This first occurs in the fine ‘Hypogeum of H(al’) Saflieni’. As the persona descends into the tomb “curved walls/ contained my breath like lungs”. This conjoining of person and place through breath recurs in the poem ‘Initiation’ in which “after such a long climb…every breath, every breath/ echoes the sound of the sea”.

I was also fascinated how pen, ink, writing materials and libraries assert themselves at the end of this book as well as other recording devices such as her father’s camera. I love this movement from a preliterate Neolithic society nonetheless complex (all those eloquent stones) to the Phoenician’s gift of the alphabet…such a fabulous long trail of mark making is explored and lovingly laid down.

This is a wise book alert and sensitive to different intelligences (both human and non human), to different ways of reading the word through seasons, birds and clouds .It approaches egolessly “landscape as all context and erasure.”

I take so much a way from it: how birthdays are really not just about us but our mothers and how “there is a time to embrace and a time to refrain”. It is a sustained meditation on how to belong, or rather how to both return and leave, on survival, and on transience: here the ‘I’ follows Malta’s emblem a “small blue stone-thrush” in the poem ‘As If The islands Were Sanctuary’:

No gesture to permanence beyond life, a brief
existence counter-pointing this terrain that I
make so much of, as if the islands were a sanctuary

these temple ruins symbols of our stateless love
as if memory had milestones that would endure
although the great walls crumble at my touch.

It is with both great delight and admiration that I declare Annamaria Weldon’s Stone Mother Tongue launched at the Centre for Stories in Perth on the 23rd of October, 2018.

Lucy Dougan is a poet, critic and Director of the China Australia Writing Centre at Curtin University.