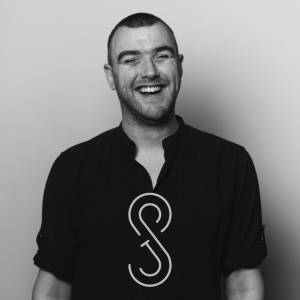 Stephen James Smith is a Dublin poet and playwright central to the rise of the vibrant spoken word scene in Ireland today. To date, his poetry videos have amassed over 3 million views online.  In 2017 he was commissioned by St. Patrick’s Festival to write a new poem as a “celebratory narrative” of Ireland. The resultant piece My Ireland is accompanied by a short film by Director Myles O’Reilly, arranged and mixed by Conor O’Brien (Villagers), with music by Colm Mac Con Iomaire, Loah, Saint Sister, Eithne Ní Chatháin (aka Inni-K) and Ye Vagabonds. It has been viewed over 300,000 times online and was screened at London Film Festival in Trafalgar Square on March 17th. The poem was in many ways a follow on from Smith’s previous poetry video Dublin You Are, which itself clocked up in excess of 250k views.  Stephen’s debut collection Fear Not,published by Arlen House, was released in September 2018 and he has recently released a poetry pamphlet Hear Now. He can be found at  https://www.stephenjamessmith.com/

The Selected Your Friendly Fascist is now available as a eBook

Your Friendly Fascist was a poetry magazine so deep underground that it caused tremors among persons of a pious literary persuasion on the dread occasions of its appearance. The magazine served as an outlet for views and feelings which are not expressed in polite company. Your Friendly Fascist was not the only outrageous small literary publication of its time, but it took pleasure in divergent views. Poetry can tend to sombre pomposity, or the self –consciously polite. If there is a secret to the Fascist’s modest success, it is in the energy with which it rode on the un-ironed coattails of unruly expression.